The movable material uncovered during the excavations consists primarily of pottery dating to the Roman period, but there are fragments dating to the Byzantine and Hellenistic periods as well. Some of the most important finds include bronze objects (such as a jug with decorated handle attachments, scales and an acorn-shaped weight, pins and nails, coins), iron and lead objects (nails, weights), including an iron Roman sword (preserved in several matching fragments) and a lead vessel of cylindrical shape with long iron handle. A very well preserved Egyptialyzing amulet with engravings on one side and a magic inscription in Greek alphabet on the other side is another find of particular interest. Also terracotta lamps and a helmeted figurine head of Athena are noteworthy, as well as many fragmented glass vessels. 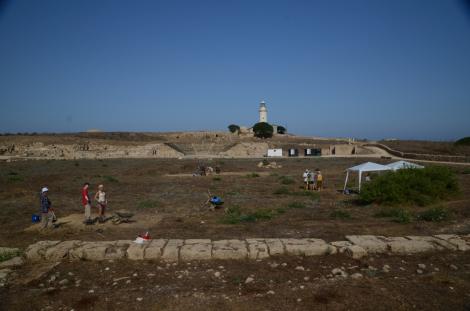 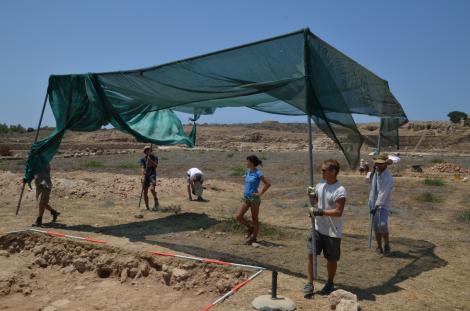 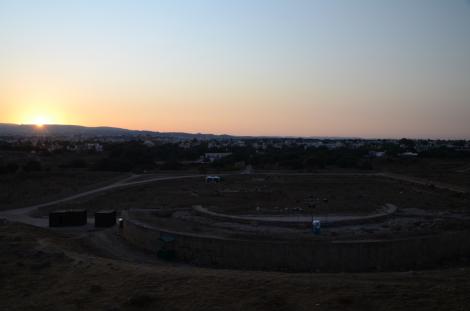 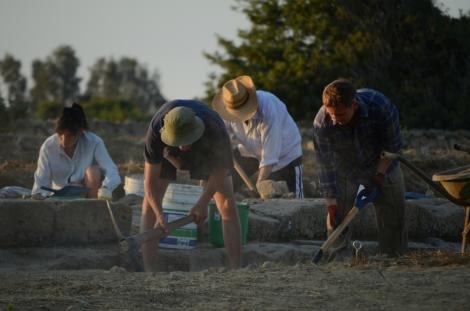 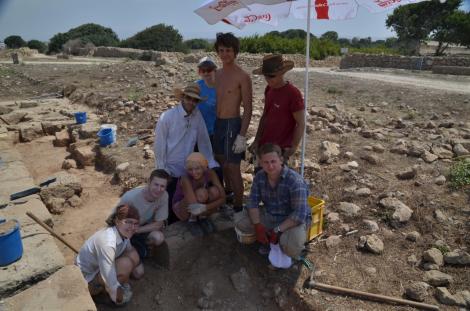 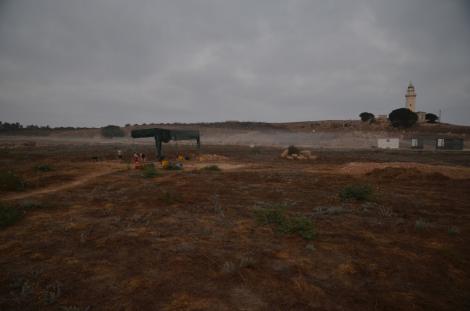 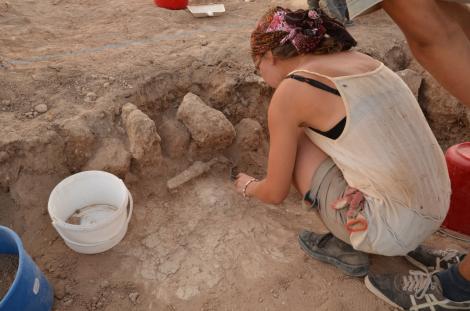 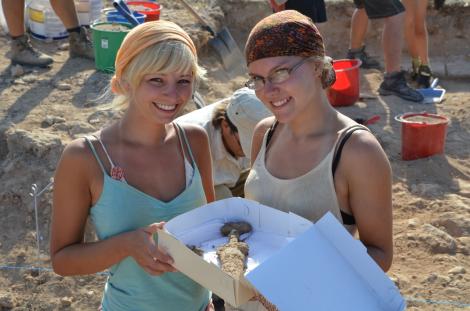 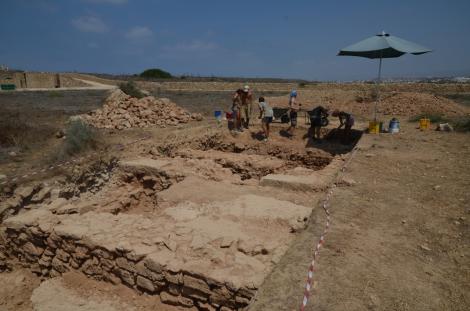 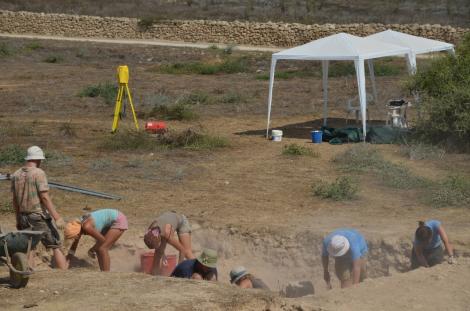 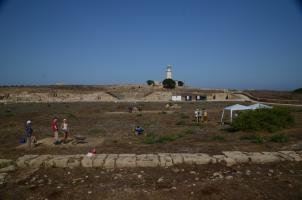 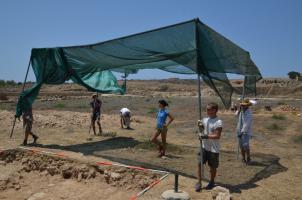 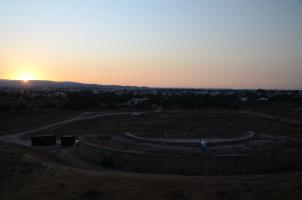 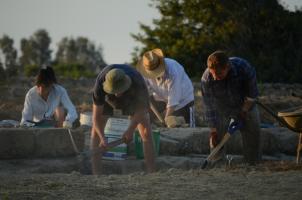 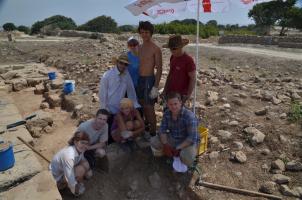 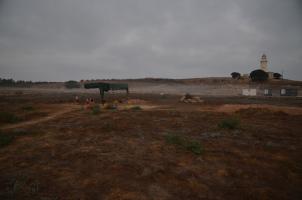 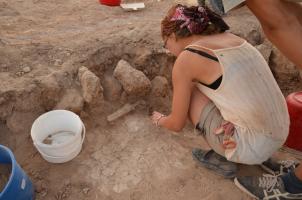 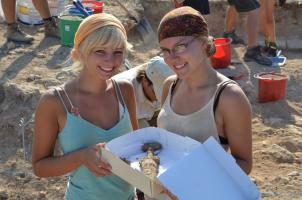 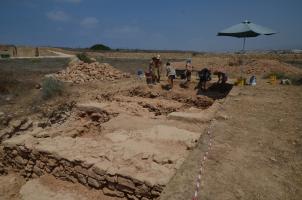 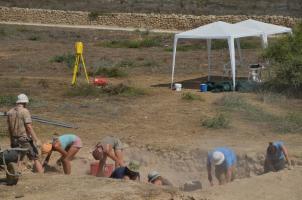