The season 2012 started on August 17th and ended on September 28th. The aim of the work in first week was mainly to finish documentation of monuments discovered in the previous season. After that we started the works in the field, that lasted four weeks. The last week was devoted to document and preserve everything we discovered during the current season.

Excavations was continued in Trench I and Trench II. The main aim of works in Trench I was to explain the function of the structures discovered in the previous season. The structure previously called as cistern should be classified as well. It has about 4,5 meters and has big stones, that blocked the upper part of its. The space under that stones was filled by unified ground, that was closed context. Ceramic discoverd in it could be dated on early Roman period, before the middle of the second century AD.

Trench II was extended to the north, east and south. Excavated area was used during the long time. The earliest structure in the south part was a channel running from the north to the south, discovered in the Room 5 and made of stone slabs. Propably it could be dated on the Hellenistic period. In later time it was destroyed by the construction of the wall discovered in the season 2011. That wall probably had belonged to different stylobate or different channel, that ran from the west to the east. The remains from the similar time were found in the Room 10, where exploration ended on the bedrock. The lowest layer contained the pure Hellenistic material (mainly ceramics) and the remains of the structures used in the Hellenistic period.

Number of rooms from the Roman period founded on the east from the portico changed from five to twelve. Most of them were used as a shops (tabernae) in the early Roman period and later propably were destroyed by the earthquake. Under the collapsed wall we founded bronze jug and on the floor crushed ceramic pots. We also found there mortarium in good condition. It has two manufacturer stamps and graffito of the owner name. The great channel running from the east to the west, discovered under the different rooms from that period, could be built in the same time as the foundation of the east stylobate.

Similar as in the last year we found many finds. We got ceramics in many categories: Table Ware, Plain Ware, kitchen pottery, Coarse Wares and Transport Amphorae. Finds could be dated from the Hellenistic period, during the early and late Roman period, to Byzantine time. To the most spectacular finds we could include the gold earring (or pendant) ended with the blade in the shape of ivy leaf, bronze vessels, bronze ring, many coins and nails. Also noteworthy is the lead weight with Greek inscription mentioning the  official controlling the Agora - agoranomos, named Seleukos, son of  Ioulios Bathylos. 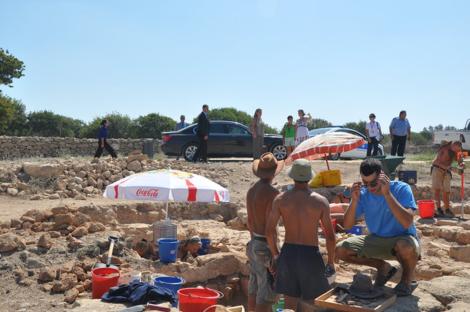 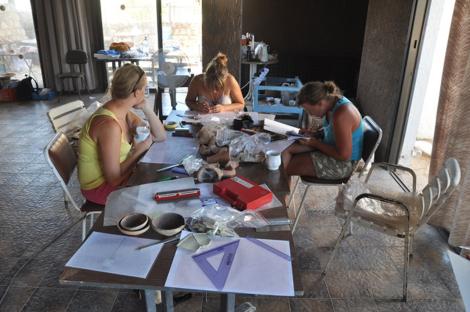 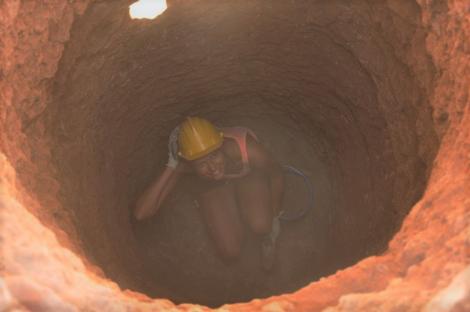 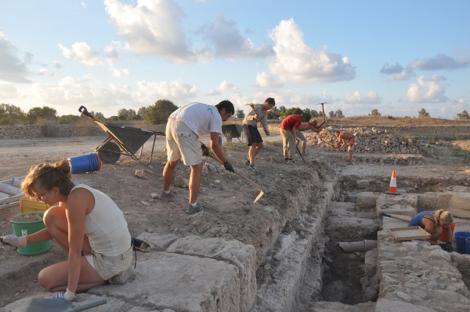 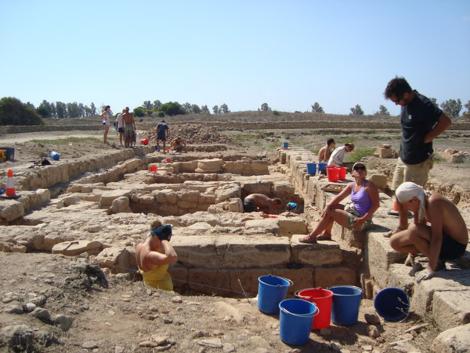 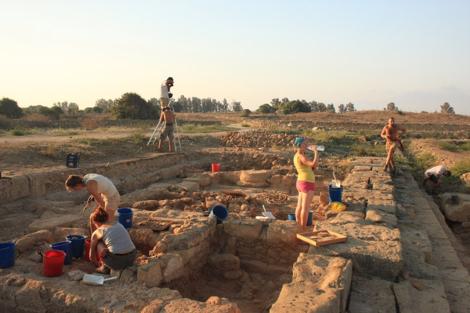 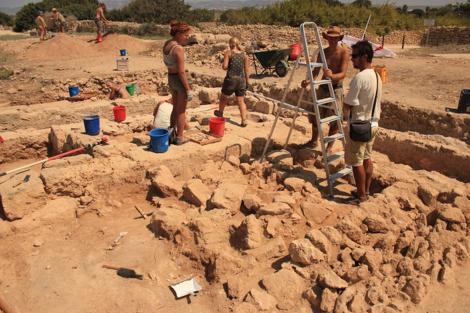 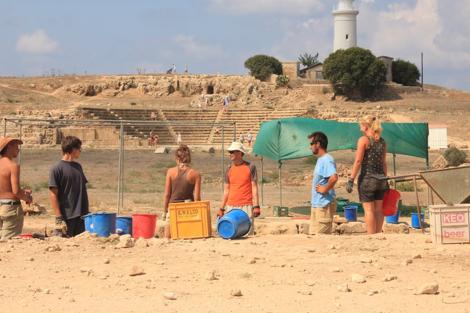 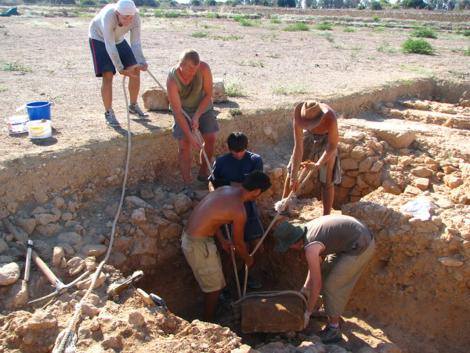 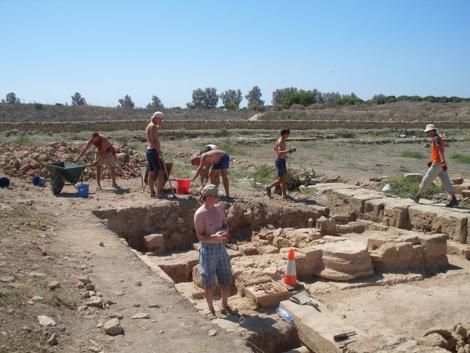 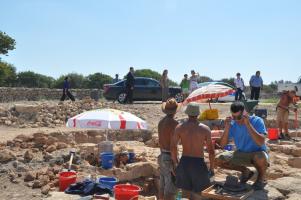 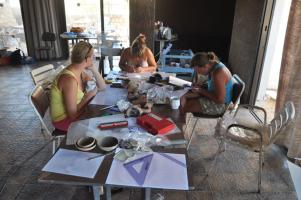 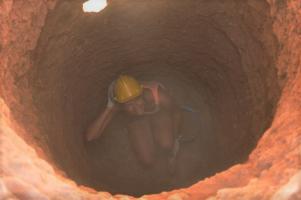 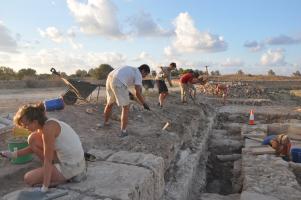 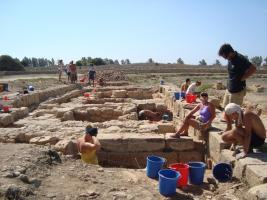 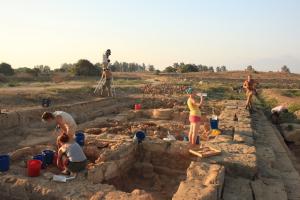 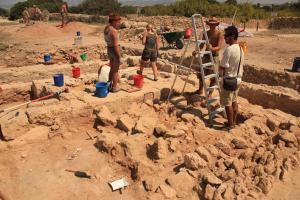 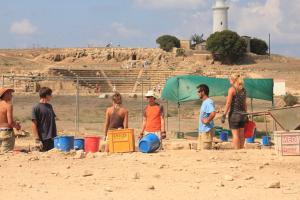 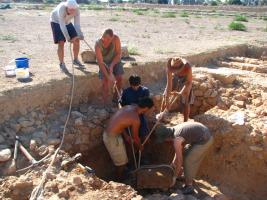 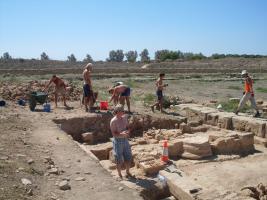