In 2018, the first stage of PAP research took place in the Spring (April-May) when a small group of researchers, as well as the photographer and illustrator took part in the study season.

The excavation campaign (from the 8th of August until the 23rd of September) took place both in the Agora, in the regular Trench II (T.II) and within four Trial Trenches: TT.III and TT.IV – a continuation from 2017, as well as TT.V and TT.VI newly established this year.

The TT.V was initiated south of the Agora to verify the results of the geomagnetic research done in 2017. These prospections suggested that the South Portico of the Agora was a complex building consisting of at least three rows of rooms. The TT.V was established at the intersection of two hypothetical lines of the building's walls. The first, on the E-W axis, on the extension of the southern wall of the so-called Asklepieion located southwest of the Agora (and south of the Odeon). The second one - on the axis of the wall S.112 – exposed in the East Portico (so far treated as the eastern wall of this building). Also in T.II, an extension to the E was made of the area explored in the previous year by the eastern entrance to the Agora, in order to verify the hypothesis of the double-line design of the East Portico. In the extended area, the remains of the foundation of the eastern wall of the portico were discovered, thus confirming this theory.

The works in T.II had also been done in the northern part of the East Portico where the new, quite substantial room, R.22, was discovered with an open channel inside (of an unknown, as yet, function). It can probably be dated to the age of Emperor Augustus. Further to the north, a well S.233, adjacent to R.22, was uncovered and explored: its chronology is also Early Roman. Another well was also explored, S.144, which had already been uncovered in R.8 of the East Portico in 2012. Inside it, along with stones, pottery sherds etc., human remains were also discovered (as in Well S.50 in T.I dated ca. 150 years earlier).

In TT.III, situated in the so-called fosse outside of the NW city gate, the aim of the research was two-fold. Firstly, to verify geomagnetic surveys indicating here the possible functioning of parallel masonry structures presumably connected with the second harbour of Paphos. Secondly, to check the geoarcheological drillings indicating a small (up to 60 cm) thickness of sedimentation layers, which have been asserted to falsify the abovementioned hypothesis about the existence in this area of a harbour basin put forward by the French expedition. Both geomagnetic and geoarcheological data have turned out to be incorrect. The layers with archaeological material were very thick, the bedrock was only reached at a depth of ca. 2.5m, and the abovementioned masonry structures have not been found. The bedrock had been worked, so it could be confirmed once again that this area had been used as quarry (as was discovered in the area explored in TT.I and TT.II in the previous year). So, the question of the destination of this moat (or fosse), remains open and requires further research. However, it should be emphasised that it is crucial to understand the geomorphological processes that led, as in the area further to the north, where TT.I and TT.II are located, to this whole extensive area being covered with a thick layer of sand.

In the current excavation year, research was also carried out in the area of TT.IV, whose main constituent is a lime kiln, probably dating back to the Late Roman or Early Byzantine period. It was decided to extend the studied area to the west in order to reveal the inlet channel, which was successfully made, thus revealing the entire structure under investigation. The preliminary analysis showed that the kiln had to have been partially built into the slope - perhaps the collapsed wall of a large building erected south of it (which could also have served as a supplier of the raw material for the smelting of lime). The very construction of the furnace also destroyed a very large wall running on the east-west line, preserved in the form of a single line of huge stone blocks located directly on the bedrock levelled for that purpose. Its execution is extremely meticulous. It is therefore possible that it is a remnant of the city wall, perhaps even from the Hellenistic period. Confirmation of this, however, requires further research.

The second trial trench, TT.VI, whose exploration began in 2018, is located northeast of the Agora, on the expected line of one of the city's main streets, as evidenced by the results of the geomagnetic research. Exploration, however, is in its preliminary stage – so only the modern strata have been explored.

Geophysical prospection and the geoarchaeological research have also been continuing, as well as the conservation works (on coins and metal objects and also on Roman shoes found in 2016).

The promotion of the project included two events. The first was the opening of a photographic exhibition in Nicosia (November 14, 2018) in cooperation with the Department of Antiquities of Cyprus and the Polish Embassy in Nicosia. The second was the publication of the bilingual Polish-English book "The mystery of the city of Aphrodite: Archaeological heritage versus new technologies" under the patronage of the European Year of Cultural Heritage 2018, thanks to the financial support of the City of Krakow and in cooperation with the Archaeologica Foundation, whose promotion took place in November in the Collegium Novum Hall of the Jagiellonian University.

In summary, the most important and sensational discovery of 2018 season was the that the Agora was much larger than had been assumed until now. The data obtained in both TT.V and T.II allowed us to state first of all, that the stoai associated with the tetrastoon of the Agora were much larger than originally thought: the East Portico was double in the size and the South Portico - triple. The entire Agora, with the accompanying structures, could now be described as a square with sides of about 160 metres and not about 97 m, as determined by K. Nikolaou. It actually occupied an area of about 2.5 ha, and not one ha, as assumed previously. This puts the Agora in Paphos amongst some of the largest in the Hellenistic world. Secondly, in the light of our research, the interpretation of the architectural complexes of the so-called Asklepieion and Odeon, unveiled in the western part of Agora in the 1970s, must be revisited. 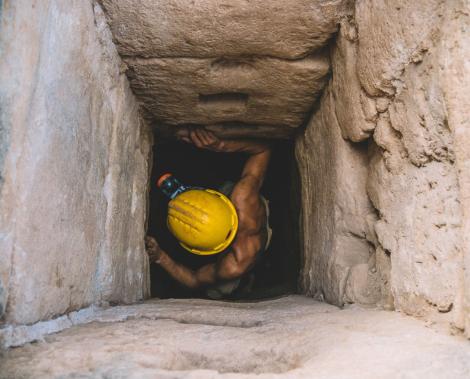 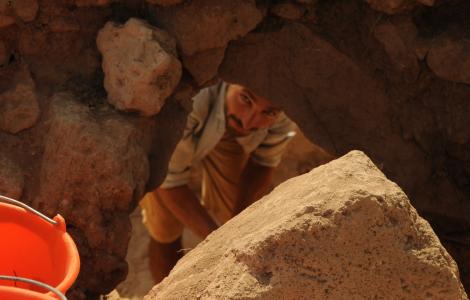 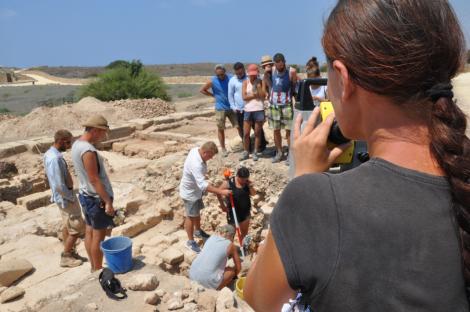 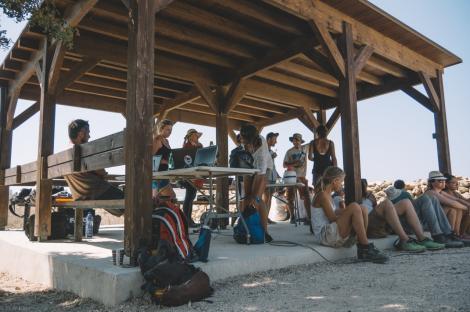 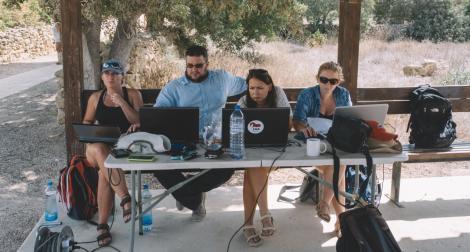 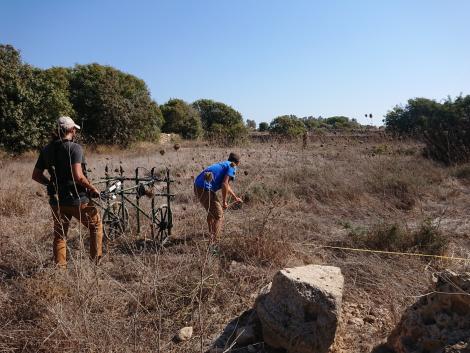 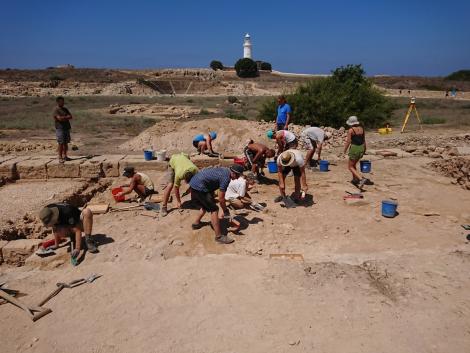 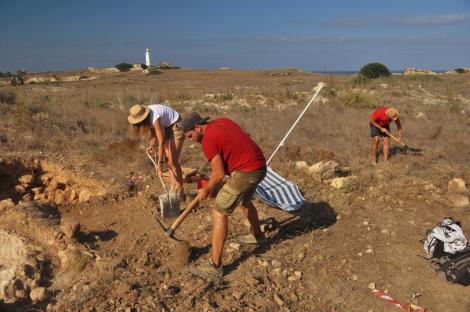 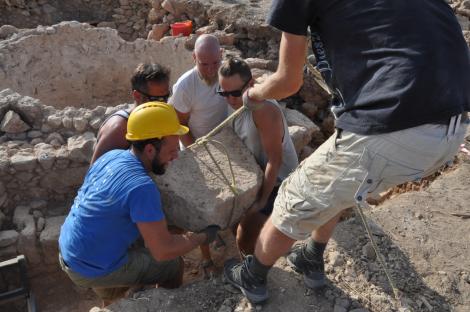 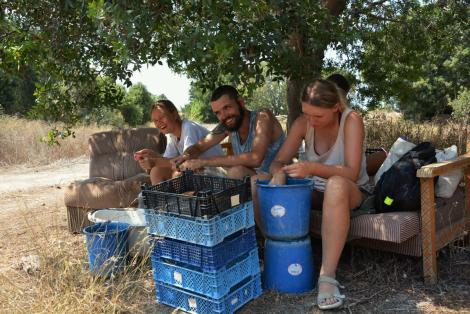 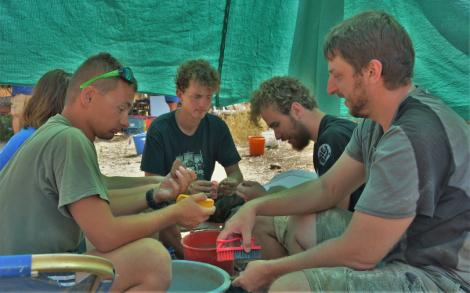 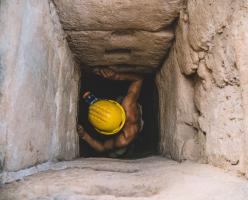 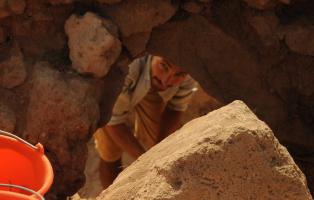 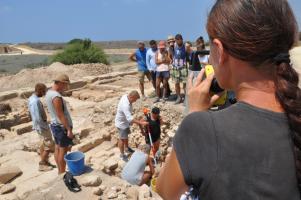 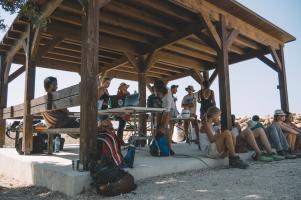 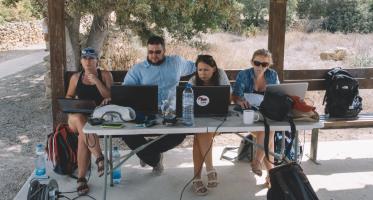 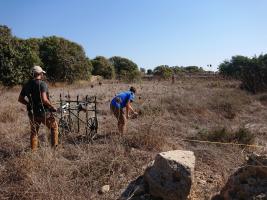 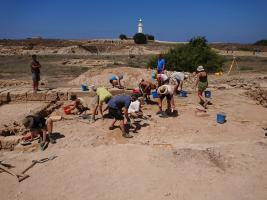 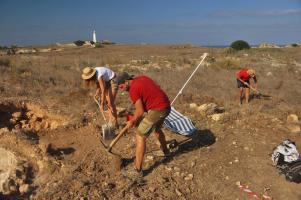 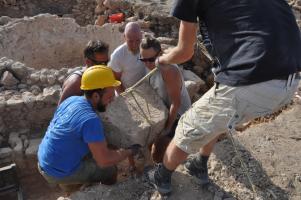 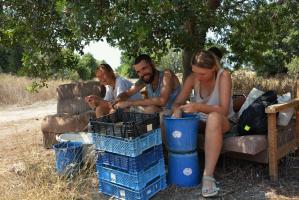 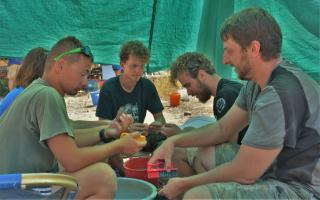