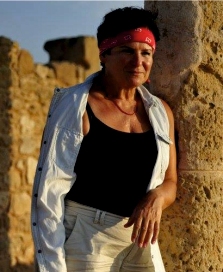 Director of Paphos Agora Project since 2011, and supervisor of students' field training in Paphos. She has extensive experience in the exploration of Nea Paphos, since in the years 1988-2010 she was regular member of the University of Warsaw mission that explores the villa district known as Maloutena. Director of the grants awarded by the National Science Center: OPUS for 2011-2014 and for the years 2015-2019 MAESTRO, both for financing Krakow research in Paphos.

Head of the Department of Classical Archaeology of the Jagiellonian University Institute of Archaeology (IA UJ). Specialist in the archaeology of Greece, Cyprus and the Black Sea region. She led the Polish team in Polish-Ukrainian excavations in Ukraine: in Koshary (1998-2008, in cooperation with the Archaeological Museum in Odessa) and in Akra (2009-2010, in cooperation with the Donetsk National University and the State Ermitage Museum in St. Petersburg). Takes part in the THALES-EPKA programme of the National and Kapodistrian University in Athens, in which she leads the team of researchers studying Hellenistic pottery from the excavations of the sanctuary of Apollon in Halasarna (modern Kardamena) on the island of Kos. Author and co-author of number of books, e.g. Nea Pafos. Studia nad ceramiką hellenistyczną z polskich wykopalisk (1965-1991) [Nea Paphos. Studies on Hellenistic Pottery from Polish Excavations] (1995) and Sztuka starożytnej Grecji [Art of Ancient Greece] (2001) and over 130 articles. She participated in many intership, scholarships and over 30 national and international conferences. She took part in excavations in Poland, England, Cyprus, Greece and Ukraine. Her scientific interests focus on ancient pottery; she coordinates a preparation of Polish volumes of the international series Corpus Vasorum Antiquorum. Its recent volume, Corpus Vasorum Antiquorum, Poland 11, Cracow 1 (Jagiellonian University Institute of Archaeology and Museum collections) was published by her in 2012, next volumes are in preparation. 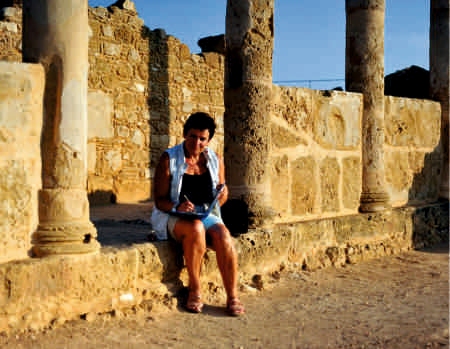 "It is a truism to say that considering almost every area of European culture one could start with the sentence:" already ancient Greeks "because the contribution of ancient Greece to the development of our civilization cannot be overestimated Papuci-Władyka E. 2001, The Art of Ancient Greece, Polish Scientific Publishers PWN, Warsaw. 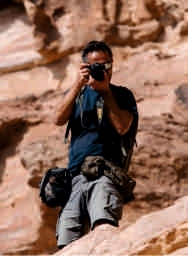 Deputy director of research, supervisor of the fieldwork and co-ordinator of non-invasive research; he also prepares field documentation.

PhD candidate and employee at the Department of Classical Archaeology of the Jagiellonian University Institute of Archaeology. He graduated in Archaeology and History from the Jagiellonian University. He is member of the board of Computer Applications & Quantitative Methods in Archaeology – Poland. His main academic interests concern the archaeology of the Eastern Mediterranean as well as the reconstruction of ancient everyday life in the light of archaeological evidence. He participated in excavations in Poland, Ukraine, Bulgaria, Italy, Cyprus and Portugal as team member and director. 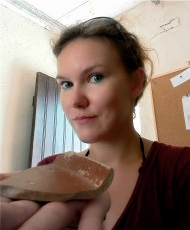 In 2014 she has finished postgraduate studies on Modern Analytical Techniques for Preservation of Monumental Objects in Faculty of Chemistry, Jagiellonian University. Her academic interests focus on archaeology of Cyprus during the Hellenistic and Roman periods, with particular emphasis on ceramic finds, especially oil lamps, their production and distribution in the Eastern part of the Mediterranean.

She took part in excavations in Poland, Egypt (Tell el-Farcha) and Ukraine (ancient Acre). Since 2015 she also cooperates with Polish archaeological mission to Lebanon (Polish Centre of Mediterranean Archaeology of the University of Warsaw). 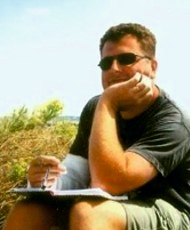 He studies coins and tutors students during the excavation campaign.

He is an associate professor at the Department of Classical Archaeology of the Jagiellonian University Institute of Archaeology and starting from academic year 2016/2017 Vice Director for Student Affair of the Institute as well as head of the Coins Room in the Museum of E. Hutten-Czapski (The Branch of the National Museum in Krakow). His main academic research focuses on Greek and Roman coinage, findings of Greek and Roman coins in Poland, Greek art from Archaic to Hellenistic Period and Roman art in the Republic times. He is also interested in the Archaeology of Black Sea region and a history of research on antiquity in Poland. He is the author of two books and more than 100 articles and other publications. 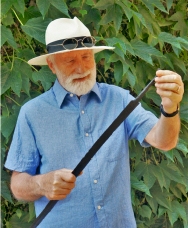 He preserves metal objects and studies some of them (eg. the Roman sword found in season 2011).

Until 2014 the Head of the Institute of Archaeology Laboratory of Preservation and Archaeometallurgy. His main academic research focuses on the Iron Age in European Barbaricum, especially on Barbarian and Roman armament, arts and crafts, coins and medals. He participated in many excavations in Poland, Denmark, Germany and Czech Republic. His interests are related to the production and identification of Celtic and Roman swords based on metallographic tests. M. Biborski also conducts research on new methods of preservation, which include a variety of laboratory analysis, metallographic and chemical analyses applying non-destructive methods. He is the author of two books and over a hundred scientific and popular articles. 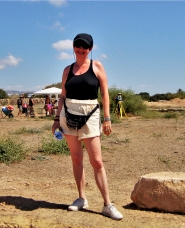 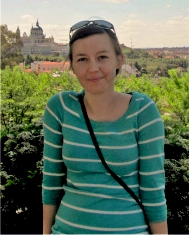 She studies Hellenistic and Roman Kitchen and Cooking Ware. She graduated in Archaeology and Mediterranean Studies at the Jagiellonian University. Her scientific interests focus on kitchen and cooking pottery from Hellenistic and Roman periods on Cyprus, Greek (and related) pottery and archaeology of the northern Black Sea. In 2012-2013 she worked as a pottery specialist at the Department of Ancient and East-Christian Art in the National Museum in Warsaw. She participates in preparation of Polish volumes of the international series Corpus Vasorum Antiquorum (new series). She was awarded with a scholarship of the Robert Anderson Trust in London (2012, 2014) and participated in archaeological projects in Poland, Ukraine (Koshary, Akra - JU, Tyritake - National Museum in Warsaw), Georgia (Pichvnari - British-Georgian Expedition of Pichvnari) and Cyprus (Paphos-Maloutena - UW expedition). 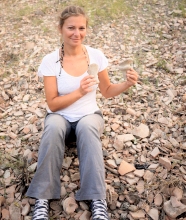 Project manager in Cyprus. She works on Hellenistic and Roman transport amphorae, as well as utility pottery.

A. Dobosz graduated in Classical Philology and in Archaeology from the Jagiellonian University, where she also obtained the doctorate in Humanities (specialization in Archaeology). Her PhD thesis was devoted to the trade connections of Cyprus during the Hellenistic period in the light of transport amphorae finds. Hellenistic and Roman amphorae are the main focus of her research, although she is also interested in other categories of pottery (e.g. the utility pottery). She cooperates with the National and Kapodistrian Univeristy of Athens in the THALES – EPKA project. She took part in excavations in Poland, Ukraine, Egypt, Greece and Jordan. 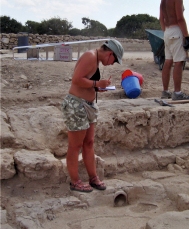 She works on recording and virtual reconstruction of the architectural features and remains.

PhD student at the Department of Egypt and Near East Archaeology of the Jagiellonian University Institute of Archaeology. She graduated in Archaeology from the Jagiellonian University as well as in Architecture and Urban Planning from the Krakow University of Technology. K. Rosińska-Balik conducts virtual reconstruction of the architectural finds using skills gained from both fields of study. She took part in excavations in Poland, Egypt, Cyprus, Ukraine and Israel. 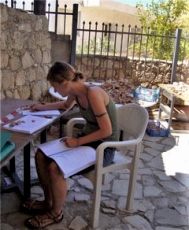 She studies Hellenistic Table Ware. E. Marzec completed her MA in Archaeology at Jagiellonian University and her MSc in Archaeological Materials at the University of Sheffield. She is a PhD student at the Department of Classical Archaeology, Jagiellonian University Institute of Archaeology, and she cooperates with the N.C.S.R. Demokritos and the Fitch Laboratory of the British School at Athens. She took part in the project THALES – EPKA conducted by the National and Kapodistrian University of Athens. Moreover, she is a laureate of the Polish Ministry of Science and Higher Education' programme – Mobility Plus. Her main academic interests focus on Hellenistic pottery as well as on petrography of ceramic materials. She participated in archaeological projects in Poland, Ukraine, Cyprus, Greece, England, Guatemala and Lebanon. 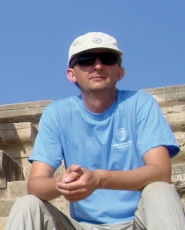 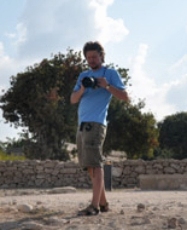 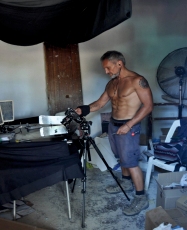 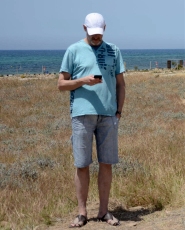